Paris/Stockholm, 6 September 2022: Always staying on the pulse of time by constantly improving and innovating products, materials and processes has a long tradition in the European sack kraft paper and paper sack industry. This year, it celebrates a combined 160 years of innovative power. CEPI Eurokraft, formerly named Scankraft, was formed 90 years ago. EUROSAC was founded 70 years ago. Since then, the industry has not only grown in terms of numbers and areas of activity but has also improved and accelerated the production of sack kraft paper and paper sacks and enhanced product as well as environmental protection. Milestones of the industry’s development are presented in a timeline and in a video. 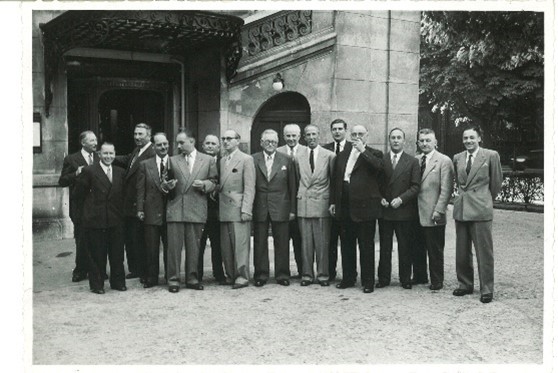 In 1932, Scankraft was formed to represent the Scandinavian kraft paper manufacturers. The main purpose was to achieve price stability in a time when prices had declined sharply. Twenty years later, the European federation of multiwall paper sack manufacturers, EUROSAC, was founded by manufacturers from Germany, Belgium, France and the Netherlands to provide a secure basis for the future of the industry. “Only ten years later, our members’ production topped that of the USA and Canada by 30%,” states Catherine Plitzko-Kerninon, General Delegate of EUROSAC. In the same year, Scankraft was able to increase the volume of produced kraft paper from 150,000 tonnes in 1932 to one million tonnes in 1962. Today, EUROSAC represents over 75% of European paper sack manufacturers. Its members operate in 20 different countries and produce more than five billion paper sacks each year. CEPI Eurokraft now has nine member companies representing a volume of three million tonnes of paper produced.

Strong environmental focus
A special year for both organisations was 1993, when they joined forces for their environmental strategy, research, communication and political activities. This was the starting point for many valuable studies, guidelines and communication materials for the industry. One example from 1993 is their first LCA study of European sack kraft paper and paper sacks. It shows the early commitment of the industry for sustainability in its production processes. A long record of modernisation efforts in its mills, production sites and of saving resources has led to tremendous improvements of its energy efficiency and environmental footprint. The most recent report shows a reduction of 28% of the fossil carbon footprint per paper sack between 2007 and 2018. With 77% of all energy needs generated on-site and a share of renewable energy sources of 89%, the way to energy self-sufficiency is prepared. “Our target is to develop 100% natural packaging solutions that meet the requirements of modern packaging, conserve natural resources and protect the environment for future generations,” states Plitzko-Kerninon. 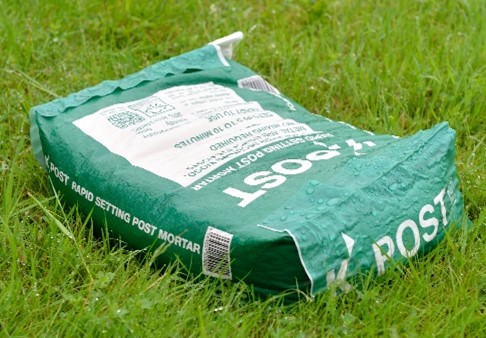 Evolution to a high-tech product
In the 19th century, the first industrial paper sacks were produced. An impressive evolution happened since then. The continuous improvement of fibre processing technology and process control on the paper machines resulted in significantly enhanced mechanical properties of sack papers. Between 1994 and 2014, paper strength was increased by 45%. Thanks to that, the specific paper consumption decreased from 253 g per sack in 1969 to 127 g per sack in 2011, resulting in considerable reductions in costs and saving of natural resources. Today, a paper sack for building materials weighs only about 90 g. In the 1960s, the combination of paper with plastic gained ground to enhance protection such as from water vapour and oxygen. This development cleared the way for water-repellent paper sacks that entered the market in 2015. Around 2010, the industry started to replace the plastic with bio-barriers, made from corn or cellulose for example, to offer environmentally friendly paper sacks with highly protective functions. Another innovation driver was to provide easier and more ergonomic handling of paper sacks. This development started in the late 1970s by adding handles to the sacks. Around 1980, bleaching technologies turned the brown sack paper white and opened new advertising possibilities. Since 2000, other convenience features became popular, such as easy opening, pouring and reclosing systems.

Automation and technology as accelerator
In the 1950s, the growing number of filling goods required the development of different sack constructions and new, faster machinery. The Bottomer AD 2360 from 1968, a folding and pasting machine for multiwall paper valve sacks, became the workhorse of the paper sack industry worldwide. In 1982, the first partly electronically controlled machines accelerated production speeds. As automation proceeded further, such as with digital glue application and automated roll changes, the output of paper sack machines evolved from 160 sacks per minute in 1975 to 400 sacks per minute today. Packing machinery evolved similarly. The rotating filling machine ROTO-PACKER® reached the market in 1960 when the cement demand grew worldwide and with it the need for packing systems with higher production rates. It reached filling speeds of 900 sacks per hour. Efficiency was further enhanced with a breakthrough in automation in 1975 via the first bag applicator for rotating machines. Step by step, the system was supplemented with automatic weight checking, sealing technology, self-optimising aeration adjustments, and just recently remote digital control over the whole filling process. Today, the most advanced packaging line reaches filling speeds of up to 6,000 sacks per hour. “The industry continues its efforts to constantly innovate and improve the efficiency of machines, materials and sack solutions,” explains Plitzko-Kerninon. “Our sector has set itself the goal to further work towards sustainability and the protection of the planet. The paper sack and sack kraft paper industry has presented successful results in the past – and we have set ourselves the goal to do even better in the future.”

Timeline presents milestones
Some highlights of the industry’s developments and innovations are presented in a timeline on the EUROSAC website and in a video. “Very good evidence of our combined innovative power is also given in the EUROSAC Grand Prix Award,” says Plitzko-Kerninon. “Since 1978, it honours the innovations of our industry that bring the most benefit to our customers and the environment. I am sure that we will see many more exciting developments in the future.” You can find an overview of most award winners here, including the latest winners of the May 2022 award ceremony which took place during the EUROSAC Congress.